Hear from our members about what inspires their family history research and what membership means to them!

Michael Ho is a Past President of the Chinese Family History Group of Southern California, leading this organization from 2017 to 2020.  Under his leadership, the organization grew from a grass-roots impromptu group to a formal non-profit organization.

Many of our members and subscribers recognize Michael as the baritone voice and the moderator with great questions on our online programming.  But we thought we would find out some details about Michael’s history with the group.

How did you first hear about the group and what was the topic of the first meeting you attended?

I have known Grant Din for a number of years, and we are related.  He happened to meet Bo-Gay Tong Salvador (our first Chairperson) at a conference and shared that I lived in Southern California.  Bo-Gay introduced herself in an email and invited me to a meeting.  I don’t recall what the subject matter was but it was held at the Southern California Genealogical Society in Burbank, back in October 2012.

We know you have been researching your family history since college, which is thirty years ago. What was it about the group that made you keep coming back after the first meeting?

I find you always learn something, at any stage of your research, whether it’s from a presenter or someone else attending who you happen to meet.

It is also nice to share information that you have learned with people who have like-minded interests, in this case, Chinese genealogy research.

More importantly, we all want to know, are you related to Don Ho?   🙂

Possibly.  I have seen a published genealogy book about Don Ho’s lineage.  If the source material is correct, which I cannot confirm, his Grandfather and my Great Grandfather are from the same ancestral village, Zhu Tou Yuan, which translates to Bamboo Head Garden, in Zhongshan.   In the same area of Zhu Tou Yuan is Dr. Sun Yat Sen’s ancestral home, a road currently separating the two villages.  The possibility of our ancestors knowing each other is intriguing.

On the same note though, in your research thus far, who is the most compelling or notable relative you have found?

In doing my research, there are a lot of interesting stories.  But if I had to choose one it is my Great Grandmother Ho.  She was an immigrant living in Hawaii, widowed in the early 1900s, when my grandfather was only 3 years old.  Being an immigrant and a single parent, living and surviving in Waikiki, is truly admirable.  There are stories of my grandfather being a precocious child wandering what was then, duck farms.  This man, raised by my great-grandmother, grew up, graduated high school, and flourished as a commercial graphic artist.

Not yet, still working on it.  I wonder sometimes if you are known as the person doing research, others leave it to you to do.  Do you have someone in your family?

Can you tell us how you learned Chinese and what apps you use to help refresh your memory?

My father was in the Navy and he was stationed at Pearl Harbor for four years.   I attended the same middle school as my father,  and in 7th grade, you had to take foreign language.  I took a year of Mandarin.

My foreign language study ended when we relocated to California.  I must have been interested enough to try to continue my studies because I remember finding and taking an after school course once.  But most of my studies in Mandarin stopped until I took extension courses postgraduate.  I took a Mandarin course for travelers and continued with the same teacher in an Introduction to Mandarin course.

I applied for and completed this summer course.  But as far as Chinese genealogy vocabulary, I am self-taught.  The courses were helpful because I learned how to look up words in a Chinese language dictionary.  But with technology now and an application, many people don’t have to learn the painstaking effort of looking up words.  I still feel the ability to understand how to look up a word is important, but it is not necessary.

I do like the application, Pleco, which has handwriting recognition ability.

Find out more about Michael Ho, as he authored this month’s blog that you can find under our Stories tab. 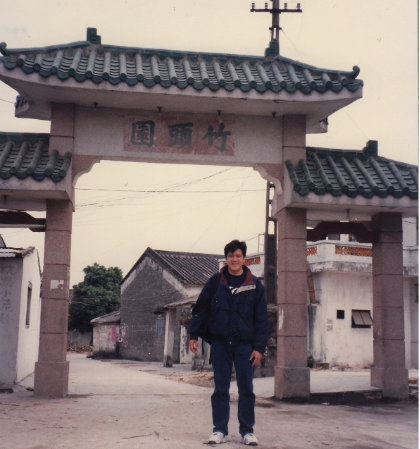 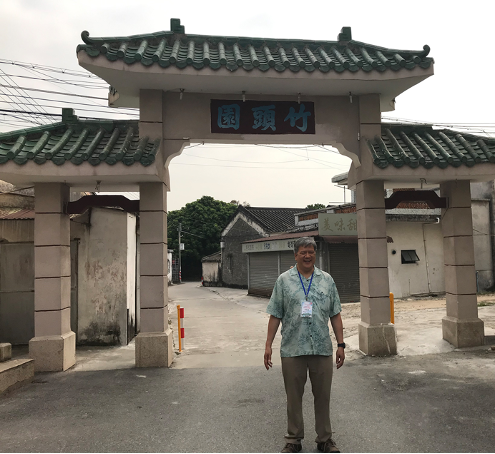 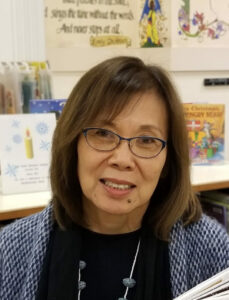 I am a 4th generation Californian and a 6th generation Chinese American who grew up in the San Fernando Valley. I knew little of my family background and was quite isolated from most of my extended family who did not live in California. What inspired me to start researching my family history was a family reunion in 1998 which was the culmination of some diligent detective work by my cousins.

At this gathering, the long-lost Hawaiian and Chinese branches of the descendants of Tong Yee A'ii, my 3rd great grandfather, met for the first time, almost 150 years after he emigrated from Zhongshan, China, to Hilo, Hawaii, in 1850. As an only child, to meet so many new cousins and to learn about the long and notable history of Tong Yee's descendants was a momentous life-changing experience!

We have had several reunions since, where each time, I learn more about our ancestors that inspires me to discover more about their lives. Most importantly, these reunions have been a gift of connection, a sense of belonging, both to a heritage that I can be proud of, and to be of a part welcoming extended family.

I am now helping to develop a website for my Chinese-Hawaiian ohana. This is a place where our histories, our stories, and our reunions will be documented. Our hope is that it will inspire family members, especially the younger generations, to learn about their rich history and to appreciate the significance of family ties.

I am also doing research on my maternal side. My mother and aunt were stage performers before they moved to Los Angeles to pursue acting careers during the "talkie" era. They, along with my grandmother, appeared in many movies during the '30s and '40s. My grandfather, Edward L. Park, played the role of Charlie Chan in Behind That Curtain (1929). He is considered the first and perhaps the only Chinese actor who played Charlie Chan in a film.

The CFHGSC was founded at the time that I was discovering so many remarkable stories about my family but did not know where to go from there. What this organization has provided me is a collective wealth of genealogical information and a great group of people who support each other because they have similar goals regarding the discovery and preservation of their family stories.

I believe that one important reason to document our family history is to bestow it as a legacy for our children and other descendants. However, I also believe that an equally important purpose of telling family stories is to lend credence to history by adding personal and real-life testimonials to the dry facts of history, especially as they are presented in history books. In fact, our ancestors' struggles in the face of racism and anti-Asian laws as well as their many contributions as Chinese living and working in America are NOT represented well in history books. So, the stories that we uncover become even more important for the historical record, and perhaps more importantly, give us insight about how the past influences the social climate and events of the present day.

For more detailed information about how to trace your Chinese family history, purchase the Guide for Researching Your Chinese Family History.