Friends of Roots operates and maintains a Village Database where you can search by surname and village name. The database is a digitization of the information from the Index of Clan Names By Villages published by the American Consulate General in Hong Kong in the 1970s. Originally used to investigate immigration fraud, this data is now valuable for genealogy research.

Four districts in Guangdong (formerly Kwangtung Province) -- Toishan, Sunwui, Hoiping, and Chungshan -- have previously contributed most of the Chinese who immigrated into the United States yearly. Although the immigration pattern has changed during the last two decades, it is believed that people from the above-mentioned four districts or descendants of persons who migrated here from those districts still form the greater majority of the ethnic Chinese living in the continental United States today.

You can search for Chinese villages in the Guangdong region by surnames. Includes four counties:

Surnames listed for each village may or may not be current due to migration. 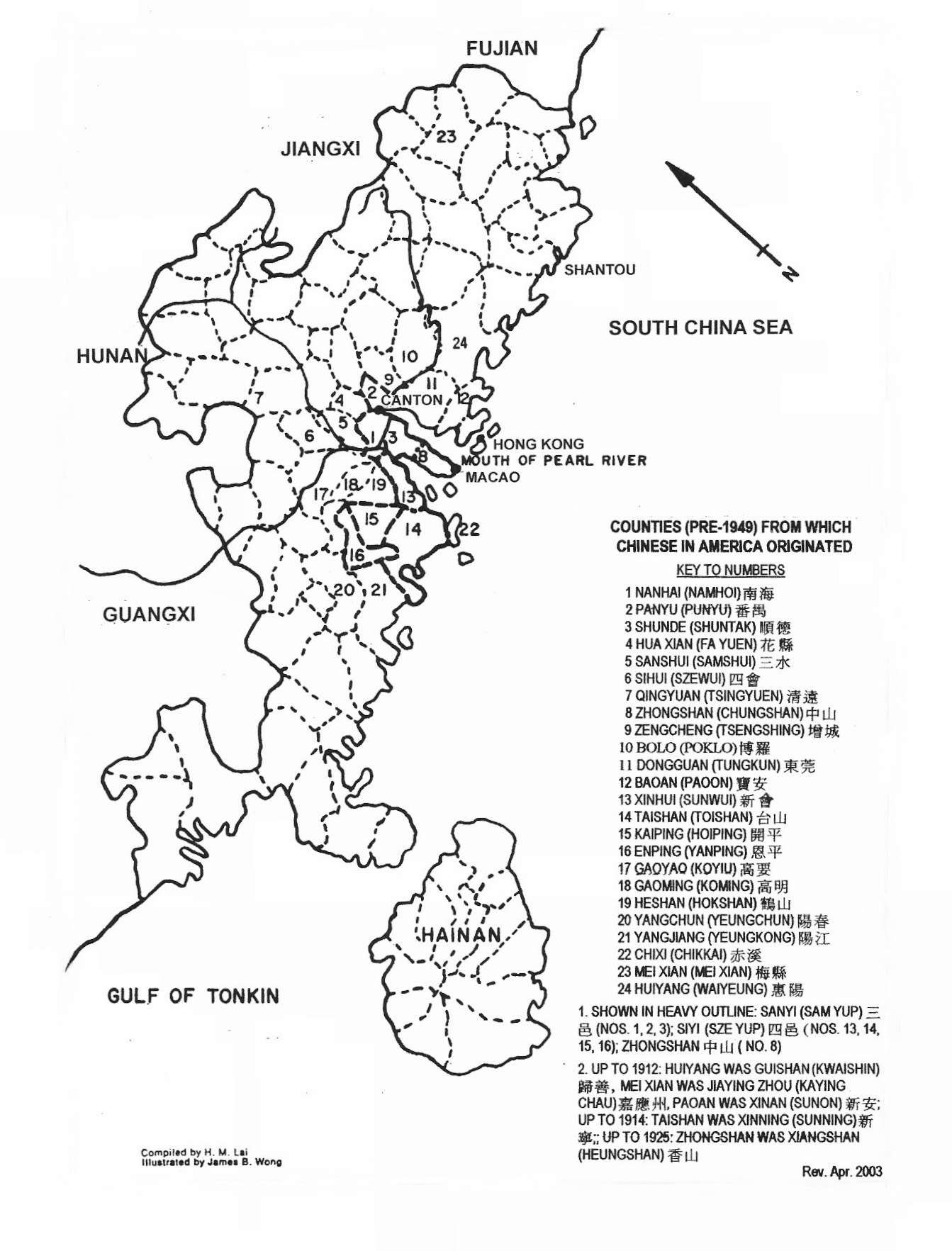