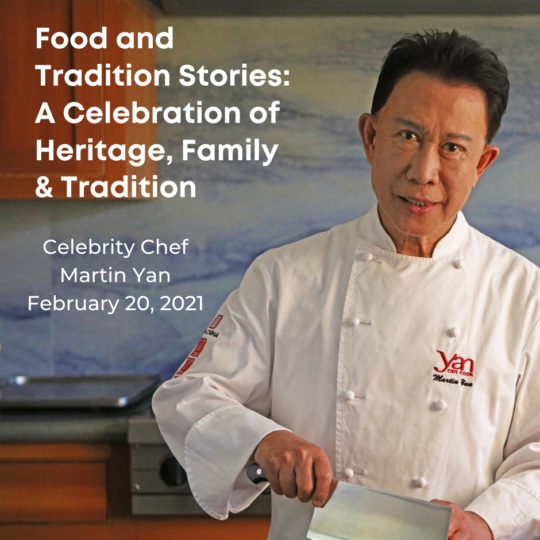 Martin Yan is a television icon and host of over 3,000 cooking shows. He is a prolific cookbook author with 30 titles, among which are the award-winning Martin Yan’s Feast, Martin Yan’s Chinatown Cooking, Martin Yan’s Quick & Easy, and Martin Yan’s China. Born in Guangzhou, China, from a restaurant and grocery family, Chef Yan acquired a passion for cooking at an early age as an apprentice in a popular restaurant in Hong Kong. He honed his skills further at the Overseas Institute of Cookery in Hong Kong and received a Master Degree of Food Science at the University of California, Davis in the U.S. In 1978, he launched the Yan Can Cook series, infusing cooking lessons with his brand of humor and skill which has been broadcast on public television in the U.S. for four decades. Generations of audiences have grown up watching his shows and learning the joy and wonders of Chinese and Asian cuisines. In the past decade, Chef Yan has filmed his popular series in other Asian countries such as Malaysia, Singapore, Vietnam, Korea and Thailand.